Call of duty Mobile is one of the most played game currently in year 2020 and have a large download on Google playstore, it’s a mobile first shooter game and battle royale which was developed by Activision on Oct 1st 2019.

There have been many season realeased since it realeased in Oct from season 1 – Season 11 which was just recently realeased today on playstore.

The game has lots of game mode both MP and battle royale and also private match challenge with your friends.

Call of duty Mobile celebrate its 1year anniversary with Season 11 updates which is to be realeased on October 15, the game was also launched last year October 2019.

When is the realeased date for Codm Season 11

The official realeased date for Codm 1st Anniversary is Oct 15 2020, but there will be a game update for the app on Oct 11 to get the full season update you will have to wait till Oct 15 for official season Realeased.

Advanced UAV. Reveals the real-time position and direction of enemies on a player’s mini map.

Play rank match in the new season 11 to get epic rewards of new soldiers and guns.

New functional gun: NA-45. Hailing from Advanced Warfare, the NA-45 deals explosive damage on the second round when shot near the first.

Fight or die! Get kills or assists to delay the countdown to your own destruction. If your timer hits 0, the results will be explosive. Available on Crash, Standoff, Crossfire, Cage, Rust, Shipment, Halloween themed fan favorite mode!

Available for: Gunfight, Duel : The fan favourite Gunfight map comes to Call of Duty: Mobile! Fight to the death in this close quarters experience.

New Weapon: Purifier. A high-pressure flamethrower that causes burning damage over time to enemies in close range. Jump into water to stop the burning.

New Mod: Sleuth. Damaging an enemy outlines their profile and reveals their location on the mini map for a short time.

Other Updates for Br

New setting to switch to main weapon automatically after throwing one lethal or tactical equipment. In “SETTINGS -> BASIC -> BR MODE”.

Decreased the difficulty of ranking up in lower rank levels

The safe zone now shrinks quicker in the early game.

Airborne Class: Decreased the concealment while calling in or using an airborne device or landing with wingsuit. Recharge will only start after the previous airborne device expires.

Clown Class: Increased the speed of zombies and increased the range in which zombies can detect enemies

Trickster Class: In combat, the holographic decoys released by the enemy and you/teammate are distinguished by red light effects on shoulders

Decreased the recoil of all sniper rifles

War Machine: No longer slows enemies. The magazine capacity is adjusted to 80, and each shot consumes 10 Ballistic Expert ammo.

Tempest: Significantly increased the charging speed and bullet velocity. Decreased the explosion range. The magazine capacity is adjusted to 80, and each shot consumes 10 Ballistic Expert ammo.

Annihilator: The magazine capacity is adjusted to 60, and each shot consumes 10 Ballistic Expert ammo.

Increased the chance of sights being found in Battle Royale.

Decrease damage suffered when a vehicle hits an obstacle

After an airdrop is opened by player for the first time, the green icon on the mini-map will not disappear but become a hollow icon. It will only disappear when all items are looted.

A new exclusive color and marker for custom weapons from Arsenal.

Optimized the recommended logic of armor plates. Recommends player to use armor plates when HP is high but armor durability is low

Season 11 anniversary will be the best and most rewarding season ever on cod mobile, because there are lots of events and freebie for you to enjoy and earn free guns and soldiers. If you wish to play with Gantech drop your codm username below in the comments box to get in war with me. 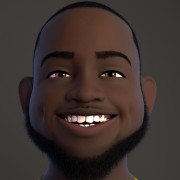 Mr Gan is a certified Tech Expert: Web Developer, pro-blogger, UI UX, Cyber security and also Digital marketing via the use of SEO, His skills have earned him both local and international badges, as well as countless proof of successful work.
Show comment